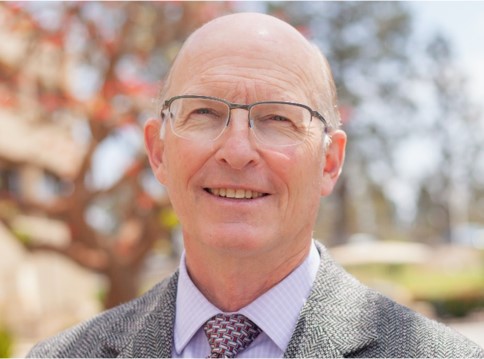 An engineer who’s served Ventura County for more than 37 years has been named Legacy Professional of the Year by the American Public Works Association.

Total value of the projects is more than $280 million, the agency stated in a news release.

One of Hooke’s most recent projects was the $16 million Santa Ana Bridge Replacement Project, which was completed by Hooke and his team two months ahead of schedule.

The bridge project, one of several infrastructure projects that need to be completed before the Matilija Dam can be removed, was being considered for the national APWA Project of the Year 2022, the release stated.

Hooke, who has served as president of the local chapter of APWA, is also on the board of the City and County Pavement Improvement Center, which works with local governments to ensure pavement lasts longer, costs less and is more sustainable.

“We in the County of Ventura Public Works Agency Roads & Transportation department enthusiastically nominated and endorsed Chris Hooke as Professional of the Year 2022,” said Christopher Solis, engineering manager for the county of Ventura. “He is a consummate engineer, professional, and a model of virtue and character who embodies excellence, leadership, and willingness to serve others.”