Ventura County gets drenching in first major storm of season 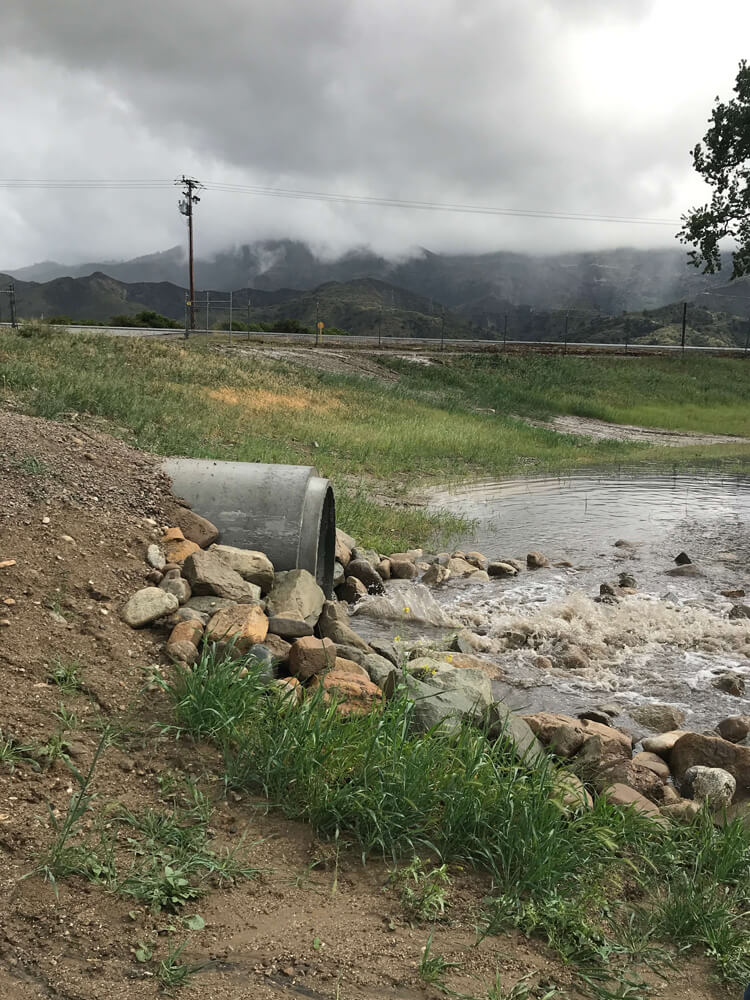 Rainfall reaches 8 inches in mountains, runs near an inch on coast.

Most communities in the county received between two-thirds of an inch and 2 inches of rainfall during the storm, with the higher rainfall totals reserved for the mountains and foothills in the county’s northern half. The highest rainfall total was 8.08 inches at White Ledge Peak northwest of Lake Casitas.

Coastal communities saw the least rain for the most part, with data showing 0.68 inches recorded in Port Hueneme, 0.69 inches at the Camarillo Airport and 0.94 inches at the National Weather Service’s office in Oxnard.

Other rainfall totals include 1.33 inches in Moorpark, 1.27 inches in Ventura at city hall, 1.25 inches in Newbury Park and 0.95 inches in Simi Valley.

The rain helped provide temporary relief for the region plagued by ongoing drought, though it increased risk for other aspects. On Monday morning, the Environmental Health Division of Ventura County’s Resource Management Agency issued a warning to avoid all beaches for the next 72 hours as runoff could lead to increased levels of bacteria in ocean water.

Snowfall during the storm was recorded at elevations as low as 3,000 feet, leading to a dusting across the Topa Topa Mountains in Ventura County. Although the National Weather Service has collected little data on snowfall amounts, reports of 6 inches of snow were reported at elevations of 8,000 feet, according to David Sweet, a meteorologist with the agency.

Sweet described the the forecast for the next week as cool and dry, with high temperatures in the 50s to around 60 and low temperatures reaching the 40s and upper 30s overnight.

Kathleen Wilson covers the Ventura County government, including the county health system, politics and social services. Reach her at kathleen.wilson@vcstar.com or 805-437-0271.

Jeremy Childs is a general assignment reporter covering courts, crime and breaking news for the Ventura County Star. He can be reached at 805-437-0208, jeremy.childs@vcstar.com, and on Twitter @Jeremy_Childs.