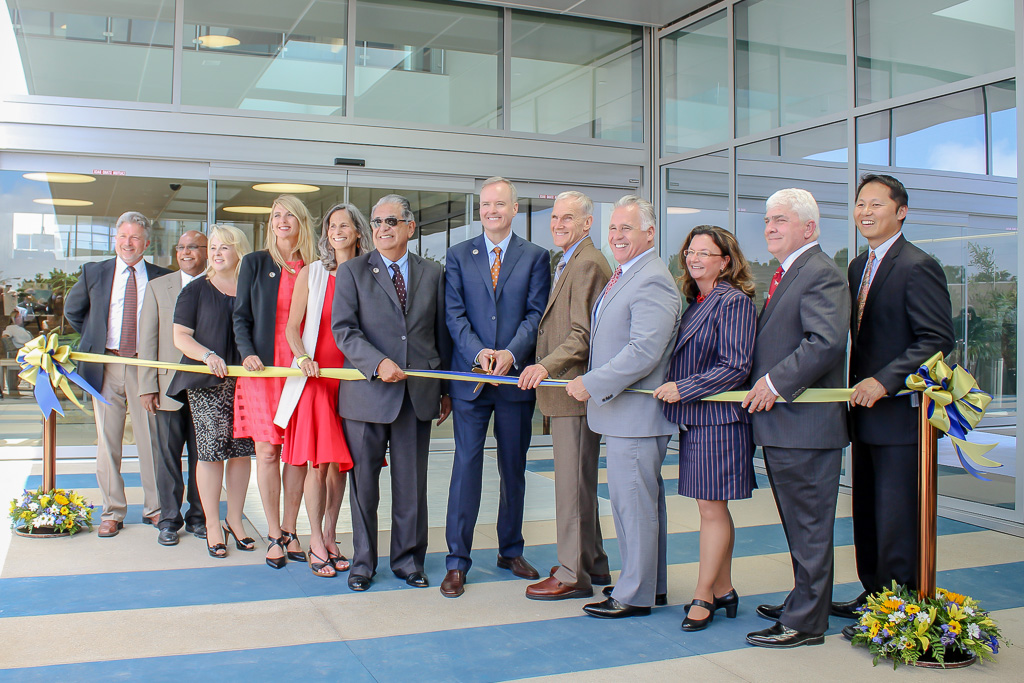 It takes a village to grow and build a dream. For the County of Ventura, that dream was to construct a hospital wing for the Ventura County Medical Center (VCMC) that would provide a state-of-the-art facility for leading health care professionals to offer pristine care to patients.

In 2009, VCPWA’s Engineering Services Department (ESD) was tasked with managing the design and construction of the Hospital Replacement Wing (HRW) project to ensure the scope of work remained true to the County of Ventura’s vision to build a 232,000-square-foot facility with a $350 million budget. After eight years, the County’s dream finally became a reality when VCMC formally debuted its new HRW to the public on June 9, 2017.

VCPWA Director Jeff Pratt, who was invited to speak at the event, shared the challenges the large-scale project site presented once ESD began their work. “The soil was poor, the foundation was not good, the site was near a fault line, there were nearby homes and neighborhoods, and an already standing hospital and clinic,” explained Pratt.

However, despite the many challenges, ESD persevered and overcame these obstacles to deliver one of the most modern medical centers in the world. The cutting-edge North Tower was constructed to be in compliance with state seismic standards for a potential earthquake and a certified Leadership in Energy and Environmental Design hospital.

Throughout the duration of the project, ESD oversaw multiple teams from contractors, Office of Statewide Health Planning and Development representatives, HCA management, construction inspectors, and direct-report staff. ESD directed the three major construction phases to finish the project within the allotted timeline along with chief contractor Clark Construction. The first phase included the demolition, excavation, site preparation and laying the foundation; followed by the second phase of construction of the building’s structural frame; and finally the third phase, which finished the walls, installed equipment and completed the outer facade.

In addition, ESD also developed its own system to help track flow of documents and implemented a new program to track the Construction Administration activities.

“Innovative technologies of this nature are so important to not only a project of this magnitude, but also future projects to come,” said HRW Project Director Matt Ehret. “The cloud-based software we implemented during this project helped us oversee our project management efforts and supported our team in tracking the moving documents so that we could complete the project on schedule.”

Ventura’s first County Hospital was built in 1887 but was quickly outgrown with the influx of patients, leading the Board of Supervisors to approve the purchase of 19 acres in 1919 for the construction of a new hospital. The hospital was later re-built a second time as the T-shaped building, completed in 1953.

VCMC’s North Tower will officially be open to patients on August 20 2017, becoming a symbol of hope for years to come. For the County of Ventura, the collaborative work of several county departments to bring the hospital wing to life was the ultimate example of how we bridge foundations to enhance the lives and services for the community.

HOSPITAL REPLACEMENT BY THE NUMBERS