The Engineering Services Department manages the planning, design, permitting, and construction of County owned buildings for a wide variety of County agencies and departments.  Building projects recently completed or underway include: 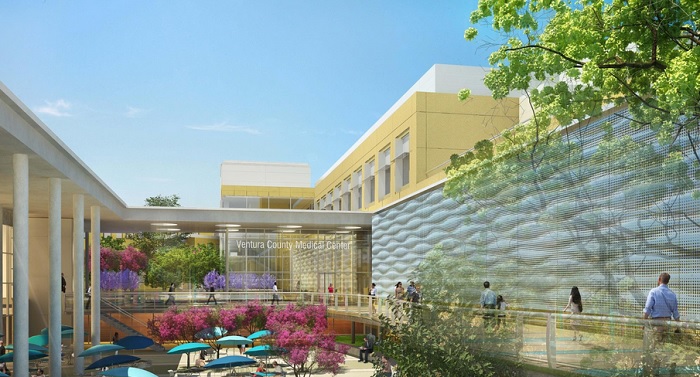 This project, currently under construction and about 91% complete.  It’s shown in the photos above, which were taken in April 2015, January 2016, and May 2016 (Viewing Garden area). This project includes a 220,000 square foot hospital wing to replace the current facility with a modern, seismically compliant hospital which will serve the community far into the foreseeable future.  It is estimated by Clark Construction, the project’s design-builder, that this work will provide about 2000 jobs in Ventura County during its construction. To view the CEQA documents for this project click here.    Click on the project title (above) to take you to the project website where you can view renderings of the proposed facility, construction updates, and view the construction in real time via on-site webcams.  This project is planned to be completed by the end of May in 2017.  A computer rendering of this facility shows an area called the Viewing Garden at its completion. The rendering is shown above the construction photos. Once this project is completed the Fainer Wing Emergency Department remodeling project will start and last about 6 months.

Drawing and photos below are of the Horizon View Mental Health Rehabilitation Center.

Photos below are of the Government Center Photovoltaic Project.

The Government Center site was chosen for its available land and electrical demand that will support a one Megawatt (MW) system. The solar array is a canopy type with parking underneath, located in Parking Lot F.  Parking Lot F was chosen because it is not affected by building shadows and is best situated to accommodate south facing panels with little disruption to the parking lot traffic pattern. The Project is reducing the County’s GHG emissions by approximately 532 Metric Tons (MT) in the year 2020.  Pictured above is the Phase 1 construction as of December 8th, 2015.  The photo above it is completed projects as of April 2016.

Drawing and photo below are of the Newbury Park Fire Station #35 project and site. 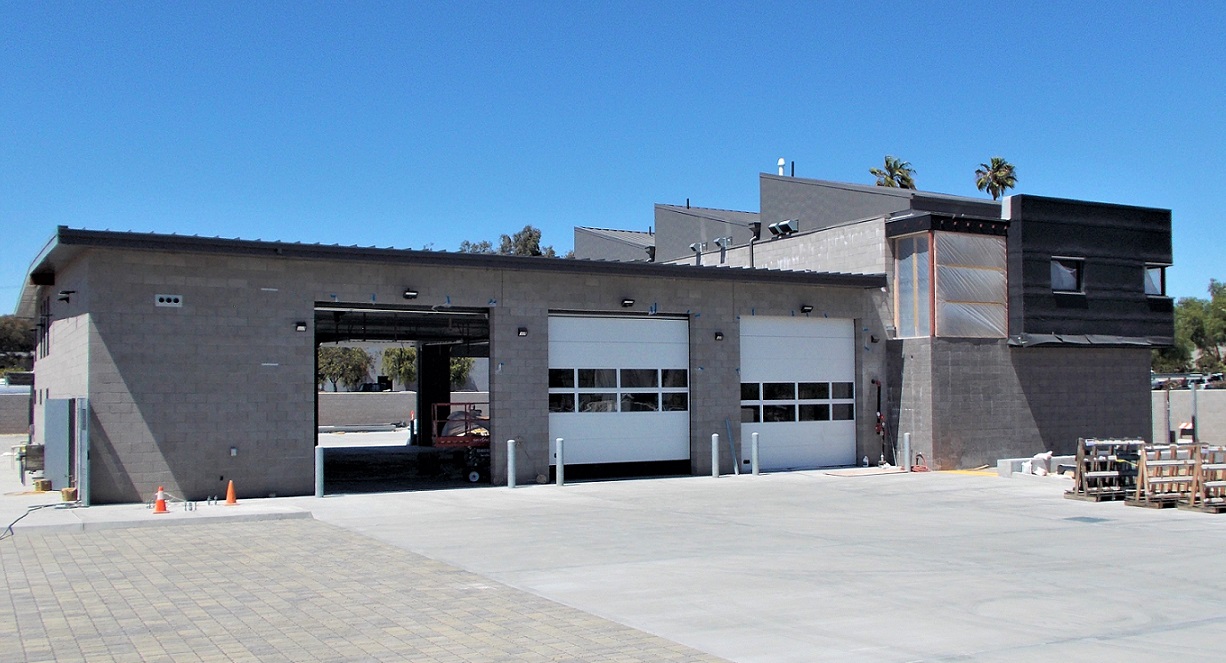 This project is constructing an 11,233 square foot, two story fire station with associated improvements on a 0.87 acre vacant site at 751 Mitchell Road in Newbury Park. The fire station includes three pull-through engine bays, office and training areas, and living quarters for nine firefighting personnel.  The purpose of this project is to replace an existing facility in the Newbury Park area with a fire station that meets current building codes, essential service and operational requirements.  Click on the project title (above) to take you to the project webpage where you can view construction photos of the facility.  This project is about 45% complete and planned to be finished by the end of June in 2017. This project’s contractor was sent the Notice to Proceed on February 3, 2016. The picture above was taken of the site on June 15, 2017, and it is 85% complete.  The work under this contract is due to be completed in August 2017.

The artist rendering below is of the Fillmore Fire Station #27 project. 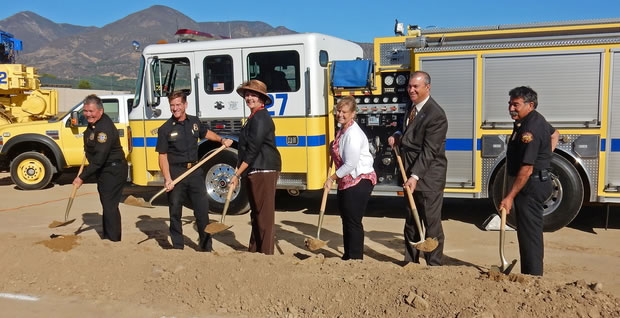 This 15,069 square-foot, single story fire station will include three pass-through engine bays, office and training areas, living quarters for nine firefighting personnel, and a garage.  It will sit on a 2.65 acre vacant site.  The prime contractor is Tobo Construction, Inc., of Torance California and they plan to start site work on September 12th.  A groundbreaking ceremony was held on October 19, 2016.  This new station replaces an existing facility with one that meets current building codes, essential services, and operational requirements.  This project is scheduled to be completed during December 2017.